Red Dead Redemption is an action-adventure game series published by Rockstar Games and has proved that it is a strong competitor in the games market. The first version was released in 2010 and the second version was released in 2018 with a shared context in 19th century American western. With more than 200 kinds of different animals in Red Dead Redemption, these are the legendary animals found so far.

Location: North of O’Creagh Run, Grizzlies East. In Chapter Two, you must complete the “Exit Pursued By a Bruised Ego” mission to trigger this hunt.

To locate this bear, only two clues are needed. The first clue is some broken sticks and the second clue is some dung. Go along the pathway beside the mountain and you will find its home somewhere up there.

The ideal weapons for hunting this animal are long-range types such as sniper rifles or upgraded bows. However, at the beginning of the mission, you might only have a pistol and a normal bow so chances are you will not be able to kill it. Once you have got a Sniper Rifle, return to the hunting spot and floor the brute with a few headshots.

There are three clues to find this animal: the first is some dung, the second is a tree rub and the third is some fur.

The elk will not attack you. It can be startled easily and tries to flee so you should be patient and keep the distance as long as possible. Long-range weapons or long scope rifles are ideal for hunting this grazer. A powerful weapon like Springfield Rifle shall take the animal down in no time.

The clues for this big cat are dung, blood, and carcass. They can be found while they are prowling or patrolling in the south. This animal is difficult to spot because it has a low stance and is silent when moving. Moreover, this cougar can move fast and cause heavy damage, making it very challenging to be taken down. You should use a rifle to give it a headshot then switch to a shotgun when you are in its nibbling range.

To find a legendary coyote, there are three clues: dung, some fur, and a sheep carcass. This coyote is not so big, but it is fast. You should bring it down by a single shot using rifles such as the Sniper Rifle or Springfield Rifle. You may have to use a knife to kill the beast when you reach it.

The clues to finding a legendary fox are dung, some broken sticks, and finally some fur. Along the shoreline, you can find the animal wandering there. This animal is easy to spot because its fur is in white. You should have it killed in the first shot using rifles or bows. If the fox dodges the bullet with success and scurries into bushes, then it will be hard to catch up with.

You can get the first clue of finding this animal at the southwest shore of Huron Glen. It is broken sticks. The second clue is some dung and finally, more broken sticks. It can be found near the riverbank, in a small dam. This animal is easy to kill, just need a headshot from the Varmint Rifle.

The first clue to this legendary boar is some dung, the second is some broken sticks, and the third is more dung. The area has plenty of regular boar but the legendary boar has a larger size than others and has light brown hair so it should be easy to recognize. The boar will not attack you, you can take it down with a few headshots from rifles or some poisoned arrows from a bow.

Location: Bayou Nova, Lakay to the west. In Chapter Four, you have to complete the “Country Pursuits” mission to trigger this hunt.

The clues are broken sticks, carcass, then carcass again. This swamp menace is one of the strongest beasts of the game. Even though it looks like a giant it can move very fast, and is extremely durable. You can use explosive rifle ammo to kill it with ease. Just go with the Rolling Block Rifle and give it headshots from a distance. For your information, this monster will charge you.

The first clue is fur, the second clue is dung and the third is dung again. The buck is not aggressive, it will not attack you. But it is super fast, and it can evade you easily. Moreover, the area has a lot of trees, making it quite hard to shoot perfectly. You should finish this animal in a single shot using a rifle such as the Rolling Block Rifle.

Location: northern of Lake Isabella, Ambarino. You will need to dress warmly because this frigid region can drain Arthur’s health rapidly.

The first clue is some fur, the second is some dung, and the third is some broken sticks. This bison is tough to kill but it is not aggressive. A high-power weapon such as a Shotgun, a Repeater, or a Sniper Rifle can be used to take it down.

Some dung, some fur, and a carcass are the three clues to find this monster. The wolf shall be at the east of the third clue. This is going to be a hard fight, as the area is mostly flat with not much scenery and the wolf is tough. It can still kill you even when it is weak. Give the wolf headshots from the Sniper Rifle from a distance so it will not know where you are.

The first clue is on a tree, the second is some dung, and the third is some fur. The moose can be found near the lake near Roanoke Ridge. To bring it down, you can use a powerful weapon like the Carcano Rifle to give it a few headshots.

The first clue is some dung, the second is a tree hub, and finally, the third is some fur. The ram can be found patrolling a nearby hill. It will flee when it smells your or when you give a non-fatal stroke. A few headshots with a rifle or a bow can help to bring this animal down.

The clues are some dung, some broken sticks, and some fur. The size of the animal is quite large, but it is not aggressive and will flee when you attack it. Some headshots from rifles or a bow are enough to kill the beast.

The clues are some fur, dung, and some fur. The animal can be spotted easily thanks to its white coat. It will not attack you but will try to escape once it smells you. Also, it can be wicked fast. Therefore, you should use a scent remover to approach it. Both rifles and bows are fine to use to kill the animal.

Location: west of Shady Belle, Lemoyne. To trigger the hunt, you must reach rank 9 of the Master Hunter Challenges.

The speed of this beast is crazy fast, and it can quickly pick up your scent. The panther will attack and track players actively, rather than waiting to be hunted. The beast can also kill players by only one hit. This legendary animal is harder to be killed than other legendary animals in the game. You should use a scent remover and equip yourself with some fast and powerful firing weapons before starting the hunt.

If you kill a legendary animal, it will never respawn and disappear from the game.

What is the hardest legendary animal to kill in Red Dead Redemption 2?

There is no absolute answer to this question, but most of the players agree that it is the legendary Giaguaro panther.

What happens if you do not skin a legendary animal?

If you do not skin a legendary animal after killing it, the pelt and materials will be in Trapper’s inventory automatically.

What happens if a legendary animal kills you?

You will respawn at the place you died but by that time, the monster will have escaped.

What happens if you drop a legendary fish?

If you drop a legendary fish, you will have to wait for two days before it respawns.

If your legendary pelt is lost, what will happen?

Just like when you do not skin a legendary animal after killing it, the pelt will be in the Trapper.

A legendary animal will come back in how long?

It depends on the beast.

Can you kill legendary fish with dynamite?

Yes, you can. But the result will not be as great as you expected.

Can legendary animals still be hunted as John Marston?

Yes, you can. Some legendary animals can only be hunted as John Marston. 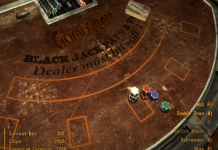 Binge on the best mini games and gambling 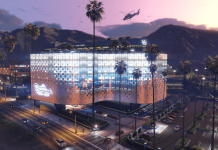 Top 5 Best New Survival Games for PS4 to Dive Into